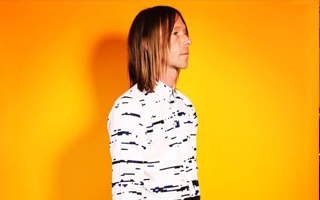 Craig Moog (Moogroove) has been a stalwart of the Glasgow music scene. He can be found playing a sound that takes in Disco, Italo, Tropical, Cosmic, Electronic, Balearic, Funk, and everything else in between. Craig has played residencies in Glasgow to packed clubs in Europe and the US. He has played alongside some of the greatest players in the Cosmic Disco/Electronic scene such as Pete Herbert (Reverso 68), Prins Thomas (Full Pupp), Rune Lindbaek (Noid), Dicky Trisco (Disco Deviance), Social Disco Club (Bear Funk), Fabrizio Mammarella (Bear Funk), Optimo (Oscarr), In Flagranti (Kitsune), Richard Sen (Padded Cell), Q-Burns (Eight-Tracks) and The Revenge (Jisco).